Ready... FIRE... then Aim - How CPG companies should use this principle to target a new generation of consumers. 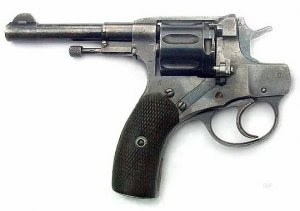 I recently read a blog posting by one of my favorite innovation firms MaddockDouglas titled Ten Reasons Your Next Launch Will Fail. I agreed strongly with about 8 of the 10 ideas (pretty good I think) but I had particular issue with the suggestion that a “Read, Fire, Aim” approach is bad. After some thought, I came up with a way to explain what I believe is great about the concept and should be given significant consideration. Let me try to explain.

With 7 years experience working as a product developer for CPG companies, I have been part of some great product launches and few where we had developed great products, but the launch didn’t go as expected… being honest, they were flops. When looking back at how our great products could flop in the market place, all signs eventually pointed to the hard to swallow realization that we never did have a great product. How could that be when more than $300,000 in consumer testing proved it would be a great success? Top two box scores suggested that we had the next sliced bread and consumers would be lining up to give us praise.

When you give into the idea that perhaps the product was not the next sliced bread, the next conclusion is that the all important “top two box score” must have been wrong. The research firms would quickly point out that the top two box score had correctly predicted previous success and that there must be another explanation. Well, I believe that Occam was onto something when he developed his razor (click here if you don’t get my reference). The simplest explanation is this case would be that the correlation between previous launches and good test scores was coincidental.

Well, without test scores how would CPG companies like General Mills decide what products to spend millions of dollars on to launch nationally each year? The answer? Ready, Fire, Aim!

This phrase is typically used to describe a speed-to-market approach by launching products into the market before they are perfected and allowing consumer comments or complaints to guide your revisions.

When using the method well, a company would not “fire” without any initial consumer testing nor would they launch a product nationally before it is ready. However, the company would get new products onto shelves in test markets months earlier than currently planned and use real consumer behavior to drive additional product improvements before a national launch.

Peter Erikson, Vice President of R&D at General Mills, gave some great examples in a recent presentation at the 2009 Front End of Innovation (FEI) conference. The new approach followed by General Mills is a great adaptation of the “Ready, Fire, Aim” concept. In the new General Mills approach, they launch B+ products into small markets and allow the consumer to make the final product improvement suggestions before going national. In the example of the Pillsbury Savorings®, Peter Erikson estimated that the company saved a full year of development time by putting products developed by an external partner directly into test. Previously, General

Mills would have gone through multiple rounds of internal formula revisions and consumer tests before launching into stores. How did things turn out? After a few months in test market, the Savorings® team had enough consumer insight to adjust the formulas appropriately and launched nationally. Sales have since tripled and more varieties have been launched to fill the increasing demand.

Research like IHUTs (in home use test) or BASIS (Nielsen based home tests) that give guidance based on a “top two box” are perhaps not worth the time and cost. If you are looking for real consumer feedback, just go out there and get it using test markets.

My take on “Ready, Fire, Aim” = Launch more B+ products into test markets and allow your consumer to turn them into A+ products before going national.

Below is a link to Michael Masterson's take on Ready, Fire, Aim. While I have not read it myself, I felt it would be valuable to point you somewhere if you wanted to get more information on this concept.

Geoff Zoeckler
Passionate innovator, entrepreneur, and front end of innovation guru. 7+ years in product development roles leading pipeline development and innovation efforts for General Mills and Birds Eye Foods. Now as a consultant at Seek, I am looking to leverage psychological and motivational factors to improve the way people approach innovation and creativity.